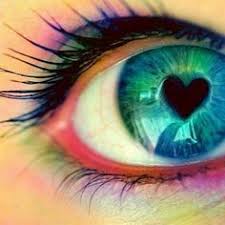 As he saw the crowds, his heart was filled with pity for them, because they were  worried and helpless, like sheep without a shepherd.  Matthew 9:36 (GNT)

“Grammy,” she said, “I want to buy some things for that couple.” The ones she referred to were sitting along the building when we entered the store.  I had looked at this older couple with disinterest. She saw them from an entirely different perspective.

She was formerly from a foreign country, now free from Soviet influence, and had lived in an orphanage most of her life.  At school, she had learned to speak English as a second language. It had taken a year for the entire adoption process with multiple trips by her and her new parents before all was finalized.

Once here, she understood that a best Friend loved her and wanted to adopt her into His family as well. Totally committing her heart to Jesus, she looked at this couple now through eyes of love! With two bags of food and other items, she approached them with her concern for their welfare. They thanked her but without much fanfare. Elated, she exhibited a look of love that still radiated as she returned to the car. Her heart had seen and responded with meeting their needs.

God, thank you for manifesting through this granddaughter what it truly means to be loved and adopted by God. Love responds with action that mirrors your shepherd’s heart.